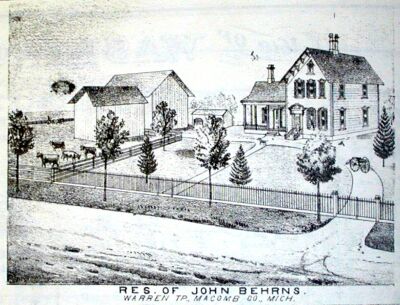 In Oct of 2009 The Warren Historical Commission dedicated an Historical Marker at the Behrns-Qualmann Farmhouse. The marker states "German immigrant Joachim Behrns (1808-1888) settled here in 1854. The one-story portion predates 1856, with additions in 1861 and c 1900. In 1902 son Henry Behrns (1849-1930) sold the farm to the family of his farmhand William Qualmann (1885-1983) who married Catherine Kutchey in 1908. Qualmann, a Justice of the Peace and Township Treasurer, later sold real estate. The 60-acre dairy farm reached north a half mile; produce was sold roadside and at Detroit's Eastern Market. The Behrns and silo burned. winter 1940. Chicken coop, smoke house and garage still stand."

This site is listed on the State Register of Historic Sites. Ray Stilwell the Grandson of William Qualmann prepared and printed a booklet which he handed out at the dedication. The following are a few excerpts from that booklet. "Joachim Behrns arrived in Warren Township between 1851 and 1854, and his house is one of the oldest standing in Warren. Records indicate that at least a portion of the house, the one-story wing, existed as early as 1856, if not before. In 1861 the generalized italianate-influence two-story upright unit was added, after Behrns experienced some prosperity. The rear "summer kitchen" (later converted to an apartment) was added around the turn of the last century. John (Joachim) Behrns farmed the land until his death in 1888, the farm passing to John's son Henry. In 1902, after the death of his wife Henry sold the farm for $6,000 to Charles Qualmann and his wife Agusta, who deeded it to his son William, who served as Behrns's farm hand and housekeeper. William, married Catherine Kutchey in 1908 and the family farmed the 60-acre tract until 1928. Catherine died in 1972; William occupied the house until his death in 1983.

Shortly after the 1902 sale to Charles Qualmann. Henry Behrns initiated a lawsuit to set aside the sale, on the ground that at the time of the sale he (Behrns) was "mentally incompetent by reason of his excessive use of intoxicating liquors" and that the amount of the sale was inadequate. The case went all the way to the Michigan Supreme Court, where it was decided that the sale was proper.

William Qualmann was elected Warren Township treasurer and also served on the Center Line Board of Education and as a justice of the Peace."

William Qualmann formally retired from farming in 1928 but he resumed farming during the Great Depression. The Pineview Street portion of the farm from Ten Mile north to what is now Frazho, was subdivided beginning in 1939; the Curie portion (originally a farm lane) about 1950. A branch of Bear Creek passed through the farm, but was put underground in about 1955; its location can still be seen by examining the topography and old real estate plats. A few lot lines conform to the old creek banks. The house was one of the first in the area to have electric lights, which were installed ty the Susick brothers who lived across the street. 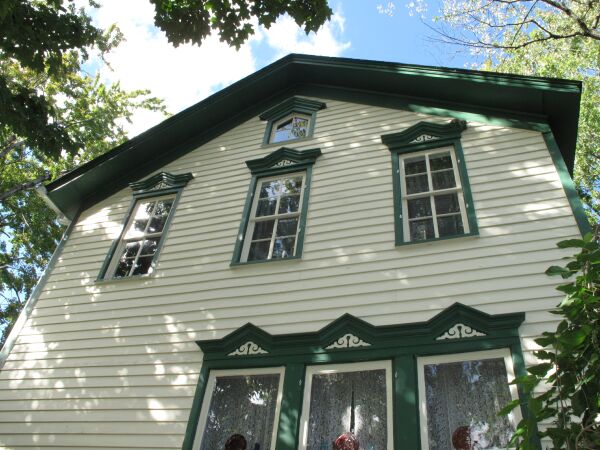 William Qualmann and kids by barn. Kids with barns in background 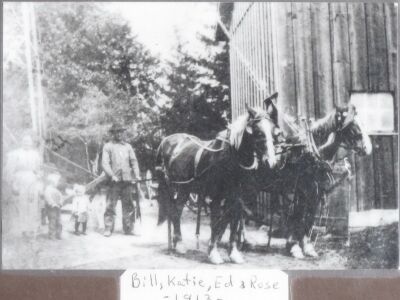 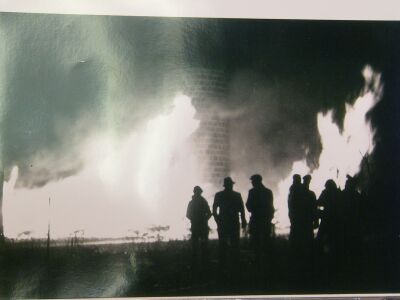 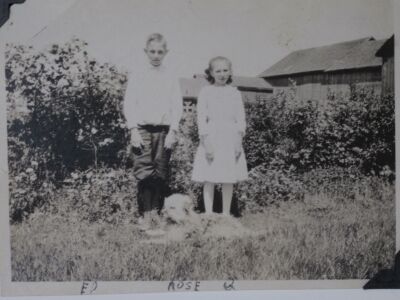 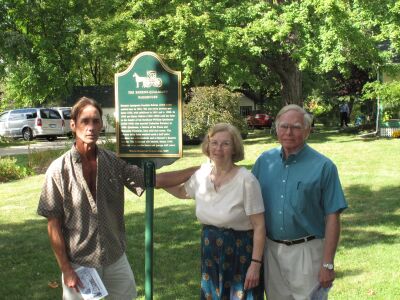 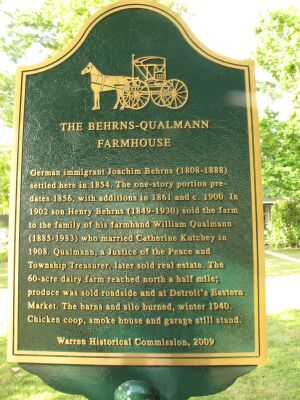 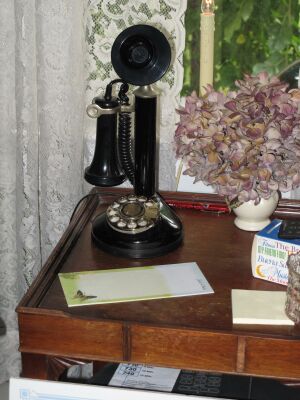 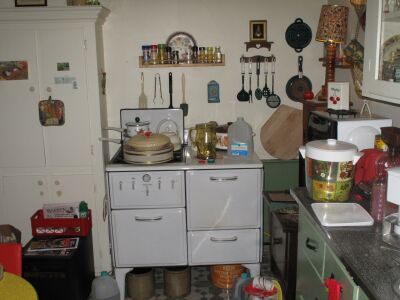